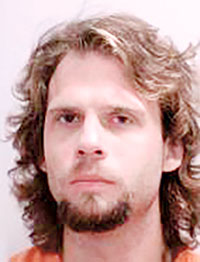 A Lyle man who threatened to kill someone and kicked their dog during an incident in Mapleview in August of 2020 has been sentenced in Mower County District Court.

34-year old Jeremy James Gilbert was sentenced last week to 70 days in jail for a misdemeanor charge of animal cruelty and 26 months in prison for a felony terroristic threats charge.

Gilbert was arrested on August 30, 2020, after the Mower County Sheriff’s Office was contacted concerning an incident in Mapleview. Investigators reported that a dispute over some audio speakers resulted in Gilbert threatening to kill an adult male and kicking a dog.

Judge Kevin Siefken determined that Gilbert will be able to serve all of the sentences concurrently,