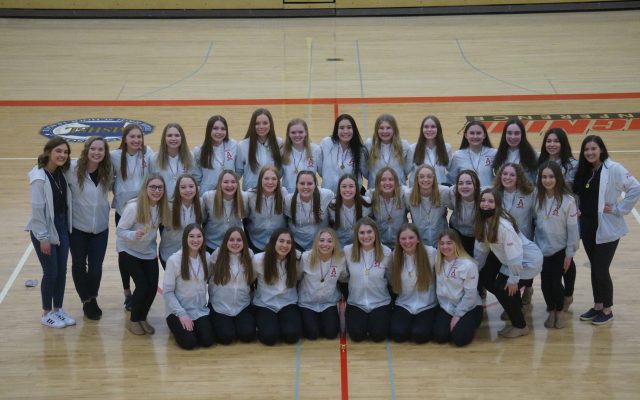 The Austin Packer Dance Team is headed back to the state tournament.
The Packers were among the teams competing in the Section 1AA dance competition Saturday at Winona High School, and in the high-kick portion of the competition, Faribault took first, followed by the Packers in second and Simley taking third place.  In jazz, Simley was first, followed by Faribault in second, Cretin Derham-Hall in third place and Austin in fourth.
The top three teams in jazz and kick will next compete at the State Tournament, so the Packers will compete in the Kick State Tournament on Saturday, March 13, 2021, which will be held at Edina High School.