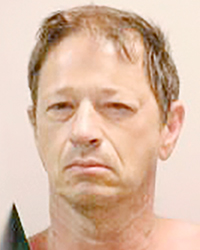 A Stewartville man involved in a confrontation with law enforcement in Grand Meadow in June of 2018 has pleaded guilty in Mower County District Court.

57-year old Leonard LeRoy Thielen Jr. entered a guilty plea Friday to a felony charge of terroristic threats. Thielen was arrested on June 17, 2018, after an incident in Pine Lawn Park in Grand Meadow.

Authorities reported that they saw two vehicles parked in the camping area of the park and Thielen and a woman sitting at a table. Officers ran a check on the vehicles and found one belonged to Thielen and the other belonged to a woman who had a no-contact order against Thielen.

Police stated that they talked to Thielen and told him they thought he was violating the no-contact order, at which point Thielen began walking away and officers followed. Court documents state Thielen became angry, threatened to kill himself or force police to shoot him, jumped over a barbed wire fence, and began running into a soybean field.

Police followed and stated that Thielen then pulled out a knife, pointed it at an officer, and told police to shoot him. Thielen also reportedly threatened to harm himself with the knife.

The Mower County Sheriff’s Office arrived on the scene and after talking with Thielen for about an hour, he surrendered the knife and was taken into custody.

A sentencing hearing in Mower County District Court has been scheduled for October 8th.