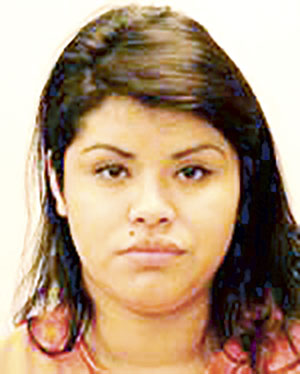 A Rochester woman who pleaded guilty in October of 2019 to a felony charge of being a violent felon in possession of a firearm in Mower County District Court was convicted last Thursday and then sentenced to supervised probation.

29-year old Thania Sanchez was sentenced to ten years of supervised probation, and a felony 5th degree drug possession charge from June of 2019 was dismissed with the guilty plea.  If Sanchez does not comply with the terms of her probation, she could serve a 60-month prison sentence.

Sanchez was also sentenced to two years of supervised probation after pleading guilty to a gross misdemeanor charge of 3rd degree DWI, under the influence of a controlled substance.  Judge Jeffery Kritzer stayed 95 days of a 180-day jail sentence for two years, and Sanchez was given credit for 85 days already served. Judge Kritzer also determined that the two sentences will be served concurrently.