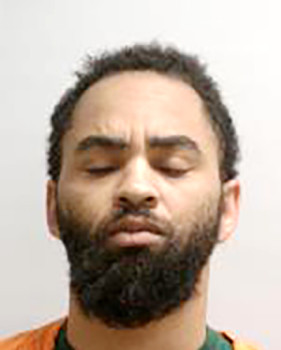 A Rochester man who was found to be allegedly in possession of nearly 30 grams of cocaine after an April traffic stop on I-90 in Mower County is pleading not guilty in Mower County District Court.

34-year old Leonard Demetrius Moss has pleaded not guilty to a felony charge of 2nd degree drugs, possession of 25 grams or more of cocaine or methamphetamine.  The Mower County Sheriff’s Office reported that Moss was a passenger in a vehicle pulled over on I-90 near mile marker 187 around 12:30 a.m. on April 10. Another driver had complained about being sideswiped by Moss’ vehicle and told authorities that it was crossing over the center line and fog line of the highway.

During the traffic stop, a deputy stated that the driver, 35-year old Ronald Alan Young failed three out of five field sobriety tests and then consented to a search of his vehicle. Authorities reported that approximately 30 grams of cocaine were found in Moss’ backpack. Court documents state Moss claimed the drugs might have belonged to another passenger.

Moss’s trial in Mower County District Court is scheduled to begin on October 12.