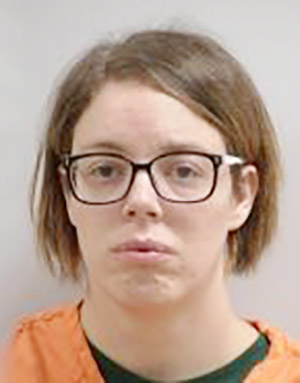 A Reads Landing woman who stopped her son from breathing on two different occasions in Austin in July of 2019 to make him stop crying is pleading guilty in Mower County District Court.

32-year old Makenzie Lee Johnson was charged with two counts of 2nd degree attempted murder and two counts of 1st degree assault in July 2019. Austin Police reported that officers were called to the 2100 block of 3rd Avenue SE and found a 16-month-old boy who was not breathing. The child was given oxygen and taken first to Mayo Clinic Health System in Austin and then to Mayo Clinic/St. Mary’s Hospital in Rochester for treatment.

The boy was sent home the following day but was back in pediatric intensive care two days later.  Johnson told authorities that she had put her hand over her son’s nose and mouth on both occasions to get him to stop crying or screaming and kept it there until he stopped breathing.

Johnson pleaded guilty Thursday to a felony charge of 1st degree assault. Her sentencing in Mower County District Court is scheduled for May 21st.