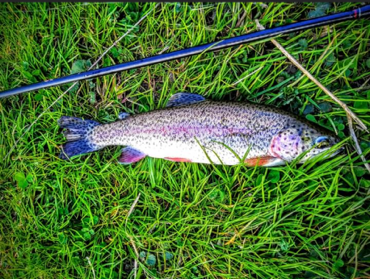 Anglers have until Monday to reel in a rainbow trout at Austin’s Todd Park if they want to take it home for a meal. 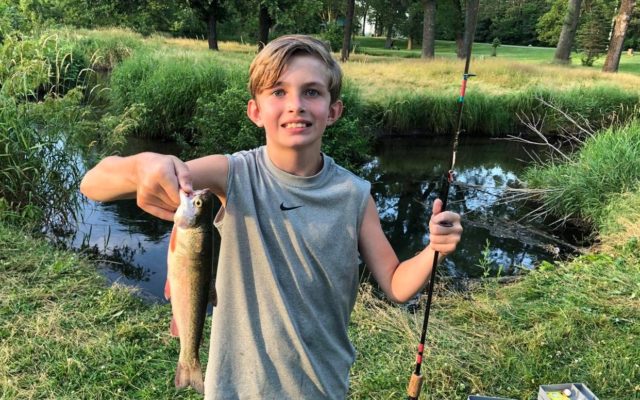 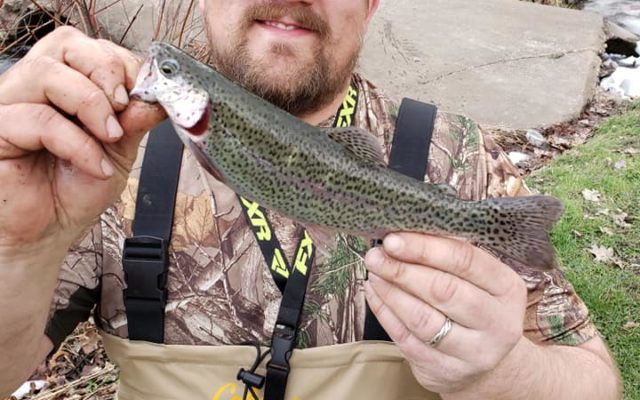 This will conclude the first year of the state’s new rainbow trout fishery – a “put-and-take” program – in Wolf Creek, which flows through Todd Park to the Cedar River.  The creek received 900 rainbow trout this spring from the Minnesota Department of Natural Resources’ fisheries division in Waterville, which has encouraged the public to harvest the stocked rainbow trout.

On Tuesday, Sept. 15, those counties’ streams will move to only catch-and-release for trout through Oct. 15. That season then will close until catch-and-release reopens Jan. 1 through April 16 followed by the start of catch-and-take.

James Fett, Cedar River Watershed District’s watershed technician who proposed the idea to the DNR to stock trout in Wolf Creek after he measured the creek’s temperature for a few years, is pleased with the results of the first year.

Several healthy looking rainbow trout also were seen in Wolf Creek as recently as last weekend by an angler, who didn’t catch any as they seemed easily spooked in the creek’s low water.

Other reports to CRWD have included people catching rainbows while fishing the Cedar River in the stretch from the Interstate 90 bridges to the Mapleview area. Wolf Creek flows into that stretch of the Cedar, which has good shade provided by the forest and springs feeding cold water into it, which help rainbow trout.

CRWD received dozens of photos from the public of their trout fishing this season at Todd Park. Any negative feedback from the public mostly has related to the opinion by some that Wolf Creek had been “over-fished,” which is proof that the DNR’s new fishery was highly popular, said Tim Ruzek, CRWD outreach coordinator.

CRWD staff planned to do a trout event for the public at Todd Park – Austin’s largest park that offers nearly 9,000 feet of public shoreline along Wolf Creek – had to nix those plans due to the Covid-19 pandemic, Ruzek said. Hopefully there will be an opportunity for a trout-fishing kickoff event in spring 2021, he added.

Craig Soupir, the DNR’s Waterville area fisheries supervisor, has said that anglers can anticipate a similar opportunity at Wolf Creek next year. Rainbow trout destined for Wolf Creek already are in the production schedule at the Lanesboro State Fish Hatchery, with plans in place for stocking Wolf during spring 2021.

Wolf Creek is the only stream in Mower County stocked for trout by the DNR. Todd Park previously was stocked with young trout by the DNR more than 30 years ago but that was stopped in the late 1980s due to predator fish, such as bass and northern pike, thwarting those efforts.

Rainbow trout stocked this past spring are a “catchable” size, making them great for the DNR’s goal of a “put-and-take” fishery in Wolf Creek and keeping the trout too large for predator fish to eat.

Wolf Creek’s water temperatures through Todd Park are conducive to trout in large part thanks to an artesian well – the pond in the park – that feeds the stream. Even on the warmest days of the year, the creek’s temperature rarely exceeds 65 degrees, resulting in a suitable, low-stress environment for trout.

CRWD and the DNR want to see how people are using the new trout fishery in Wolf Creek. Anglers are encouraged to share photos from their fishing experiences at Todd Park this year by emailing images to  [email protected] or posting on CRWD’s Facebook page at www.facebook.com/cedarriverwd.