Lowering of flags and Taps to be played at various Austin military veterans’ posts and at Veteran’s Memorial on Memorial Day; all other activities cancelled 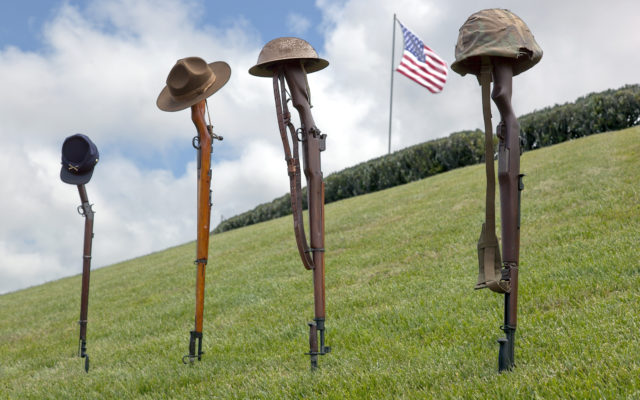 The Austin VFW, American Legion, Disabled American Veterans and Legion Spam Post 570 announced Tuesday that they will be honoring those who have fallen while serving in the armed forces with the lowering of flags and playing Taps at their posts on Memorial Day.

Scott Weichmann, Commander of the Austin VFW stated in a press release that the posts will also be conducting the same ceremony at the Veterans Memorial on Main Street.  Weichmann went on to state that due to the COVID-19 pandemic, all other Memorial Day events in Austin have been cancelled.

The posts encourage everyone to remember the ultimate sacrifices made by our men and women who died in service to our country on Memorial Day.  They thank you for your support and understanding during these difficult times