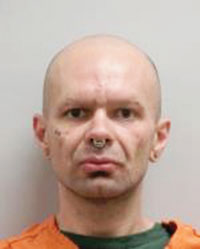 A Dexter man who attacked two women, stole a purse, and then stole a 2015 Chevrolet Spark during an incident in Dexter on November 24th, 2019 has been sentenced to jail time, supervised probation and community work service in Mower County District Court.

36-year old Samuel Perez, Jr. was convicted and sentenced Thursday to five years of supervised probation, 196 days in jail and 40 hours of community work service for a felony charge of theft, driving a motor vehicle with no owner consent.  Perez was granted a stay of imposition in the case which occurs when a court accepts and records a finding or plea of guilty, but does not impose or pronounce a prison sentence.  If the defendant successfully completes their probation, the case is discharged, and the conviction is deemed a misdemeanor under Minnesota law.

Perez was given credit for 196 days already served, and he pleaded guilty to the felony vehicle theft charge in January of 2020.  Two misdemeanor domestic assault charges in the case were dismissed with Perez’s guilty plea.