The Austin Bruins have announced the acquisition of forward Corey Clifton from Corpus Christi in exchange for future assets, the team announced on Thursday.

Clifton, 20, comes to Austin after playing in eight games with the Ice Rays where he logged a goal and an assist. Prior to his time in the NAHL with Corpus Christi, Clifton spent all of 2018-19 and the first-half of 2019-20 in the BCHL with the Surrey Eagles and Trail Smoke Eaters respectively. Clifton has also eight games played in the USHL with the Muskegon Lumberjacks. Throughout his entire junior career, has tallied 38 points in 85 games played (12G, 26A).

A native of Matawan, NJ, Clifton has already committed to Quinnipiac University (NCAA DI) and adds some experience to the Bruins forward group.

Clifton and his new Austin Bruins teammates are on the road for the next two weekends beginning this Friday and Saturday with a pair of games against the Chippewa Steel. The following weekend, the Bruins are off to Minot for a battle against the Minotauros before returning home to Austin on February 8 for Paint the Rink Pink against the St. Cloud Blizzard.

Tickets for the annual Paint the Rink Pink game are on sale now at all the Bruins vendors including Games People Play, Hy-Vee, Holiday Inn, and Jim’s Marketplace. 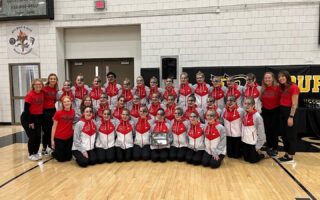