The Austin Police Department is seeking the public’s assistance as they investigate a pair of armed robberies that have taken place this week.

Austin Police officers responded to the first armed robbery Sunday evening at 9:39 p.m. at the Apollo III gas station at 3011 Oakland Ave. West.  Chief of Police Dave McKichan reported that a single suspect, brandishing a knife that was approximately 6” long, threatened the cashier and stole an undisclosed amount of money from the business.  The suspect fled on foot, and has not been located or identified.  Chief McKichan stated that the suspect was described as a white male, approximately 6’2” tall and weighing approximately 200 pounds.  The suspect was described as wearing a black hooded sweatshirt, black Nike sweatpants and one red and one black glove. 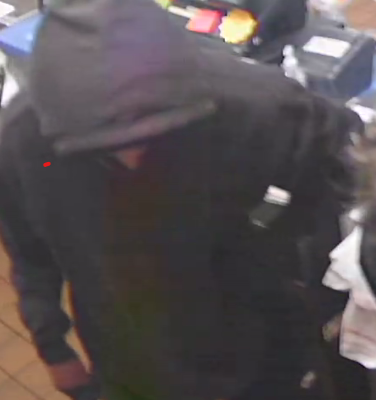 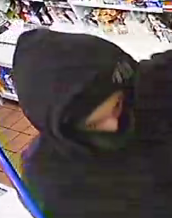 The second armed robbery took place Tuesday evening at 8:58 p.m. at the Dollar General store located at 101 4th St. SW.  Chief McKichan stated that three suspects were involved in the robbery, and one of them threatened a cashier at knife point before the suspects stole an undisclosed amount of money.  McKichan indicated that the suspect who directly threatened the employee was described as a black male, heavier set, and approximately 5’10” tall.  He went on to state that a second subject was guarding the doors and was described only as having a slender build by witnesses, but was believed to be a white male based on video review.  A third subject, described as a white male was observed checking the store for witnesses and/or customers.  Chief McKichan stated that the suspect was armed with a ninja/katana style sword.

Chief McKichan went on to state that investigators have not established anything as of yet that would tie the two incidents together.  He added that they are hoping the public might be able to help advance both investigations, and if anyone has any information regarding the two incidents, they are strongly encouraged to call the Austin Police Department at (507) 437-9400.  Callers, as a reminder, can remain anonymous.