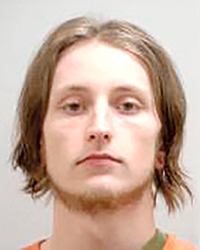 An Austin man has been sentenced to prison time after pleading guilty to a criminal sexual conduct charge in Mower County District Court.

21-year old Kevin Donovan Raker pleaded guilty to a felony charge of 3rd degree criminal sexual conduct. He was arrested in February 2019 after a 13-year-old female told the Mower County Sheriff’s Office she had sex with Raker in August of 2018.

Raker entered a guilty plea in July 2019 and was sentenced Friday to six years and six months in prison, with credit for 325 days already served. After he is released from prison, Raker will spend 99 years on conditional release.