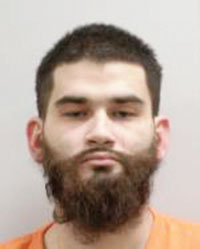 An Austin man who allegedly gave a woman a bloody nose during a domestic disturbance on the evening of January 21st at an apartment on the 400 block of 2nd Street SE has been charged in Mower County District Court.

28-year old Steven Regino Schwering was charged Thursday with a felony for domestic assault.  Schwering’s next appearance in Mower County District Court has been scheduled for February 6th.