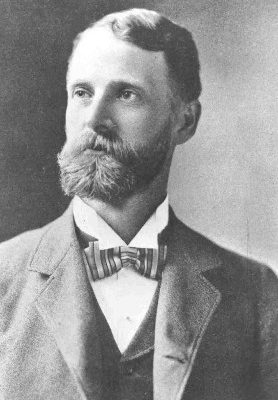 InJuly 1914, Austinites were looking over a nationally known designer’s plans for creating a state park along the Cedar River just north of downtown.

“The plans have been viewed by half a hundred people and all are of one opinion: that the plans showing the most water is the one to adopt,” the Austin Daily Herald wrote at the time. 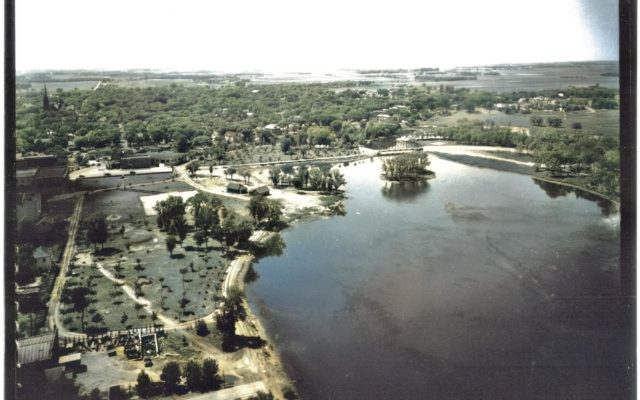 One option for the future Horace Austin State Park had called for creating more islands on the Cedar River, which already boasted a handful of mostly wooded islands across mostly swampland upstream from the downtown dam. While that plan looked good, most thought it would create too much land than water and cost more money.

In the end — after dredging and filling took more money and time than expected — Austin chose to connect islands to the mainland and remove others through dredging to create a lake-like stretch of the Cedar River for its new park.

After dredging ended in summer 1922 – and much material had been dumped in Austin Mill Pond’s southwest corner for a swimming beach – one island remained. Yet, that island actually was not an original; it was created from dredged material 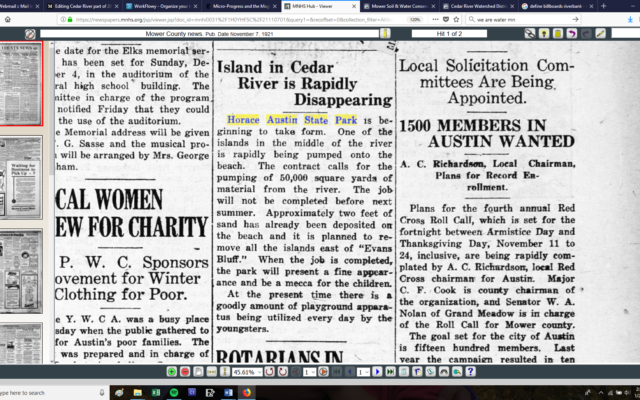 Now, after nearly a century without an official name, Austin Mill Pond’s small island now bears the name of Baird Island in honor of Lyman D. Baird, one of Austin’s “Pillars of the City” who spearheaded the effort starting in 1905 to turn the swampland backwaters of the Austin Mill Pond area into a large park. 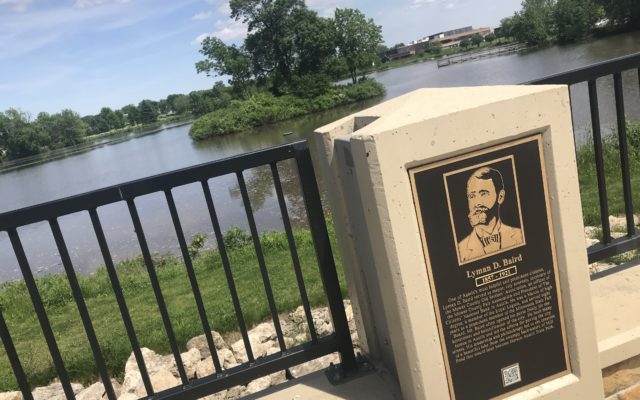 Long considered one of Austin’s most-helpful citizens, Baird served as Austin’s mayor and city attorney and in leadership roles at the county and state levels. He advocated for improving Austin in many ways through making financial gifts and providing other support.

Baird’s plaque – added two years ago by the city – is on Austin’s flood wall just west of the island with other “Pillars of the City,” including George A.  Hormel and Jay C. Hormel.

In 2019, Ruzek proposed the name Baird Island to the Austin Park & Recreation Board, which owns the island, and the board approved it. The naming also got previous approval from CRWD’s Citizens Advisory Committee and the local planning committee for Austin’s hosting of the We Are Water MN statewide traveling exhibit in 2019.

Ruzek planned to organize a 2020 event with free canoe and kayak rentals to celebrate the naming of Baird Island but that was canceled due to the Covid-19 pandemic.

Historical and news records do not indicate any official name given to the island except briefly in the 1970s when a few articles referred to it as Cedar Island. That was part of a city beautification project at Austin Mill Pond and the name apparently did not catch on.

By his late 40s, Baird had achieved enough success and wealth to offer what the newspapers in 1905 called a “magnificent offer” from him and his wife, Lila, to turn the Cedar River backwaters into a park. This area was known as a swamp and dumping grounds for citizens with a reputation for mosquitoes and bad odors.

In October 1905, the Bairds made the offer to the City of Austin after Lyman had thought about such a gift and park plan for years. He wanted to create a park road from above the downtown dam all the way to Oakwood Cemetery (which never happened to that extent). He also wanted to dredge the river and beautify its various islands.

With the Baird donation of money and land – along with others deeding their land – the city agreed to match the financial contribution and work to transform nearly 50 acres of water, shoreline and wooded islands.

Eventually, this effort took off in 1913 when the state Legislature agreed to give Austin a state park named in honor of former Minnesota governor Horace Austin. It still would take the next decade until the park was completed due to the extent of work and money needed to transform the area.

Baird never got to see the completion of Horace Austin State Park as he died in 1921 at age 63. Dredging of the Cedar River for the state park ended in 1922.

A historical article by Ruzek is online about the island and Austin Mill Pond’s other islands before the state park was created. The article along with other CRWD history stories and media releases are online at: www.medium.com/@cedarmn