An Austin man charged with attempted murder for setting fire to a house at 304 11th Avenue SW in Austin in March of 2018 has been sentenced to prison time and restitution in Mower County District Court. 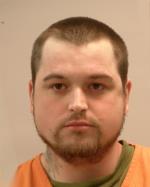 In an amended court decision Tuesday, 34-year old Darrell James Wigham, who is currently incarcerated at the Minnesota Correctional Facility in Stillwater was sentenced to 88 months in prison and $87,500 in restitution for a felony 1st degree arson charge.  Judge Jeffery Kritzer determined that Wigham will not be required to make any restitution payments while incarcerated, but after his release from prison, the Department of Corrections agent supervising Wigham on supervised release will determine an appropriate restitution payment plan based on Wigham’s income or ability to earn an income and his resources and obligations at that time.