An Austin man involved in gunfire at a city park has pleaded guilty to a weapons charge in Mower County District Court. 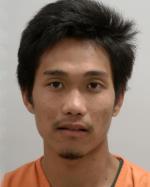 26-year old Pleh Reh was arrested in July 2019 after Austin Police responded to a report of shots fired in Todd Park. Officers found spent .38 caliber shells in the park and stopped a series of vehicles believed to be connected to the gunfire. One of those vehicles was driven by Reh and police reported that a .38 caliber handgun was found in it.

Investigators indicated that an argument between two groups escalated into shots being fired into the air.

Reh entered a guilty plea Friday to a charge of reckless use of dangerous weapons. His sentencing in Mower County District Court is scheduled for April 2.