A Wisconsin man is in custody after his assault on the driver of a vehicle on I-90 in Mower County Sunday morning caused the vehicle to enter the ditch and roll over. 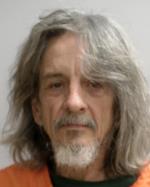 Mower County Sheriff Steve Sandvik reported that deputies responded to the scene of the accident on Interstate 90 at mile marker 188 Sunday morning at approximately 10:31 a.m. along with officers from the Austin Police Department and Minnesota State Patrol Troopers.  A 1986 Toyota SUV being driven by 58-year old Pamela Barnes of Lakeport, California was eastbound on I-90 when the vehicle entered the south ditch and rolled. Barnes and a passenger in the front seat of the vehicle, 51-year old Ron Verhagen from California told authorities that the vehicle entered the ditch because 61-year old Ronald Rodello of Fox Lake, Wisconsin had choked and head-butted Barnes from the backseat.  Sheriff Sandvik stated that Rodello started to walk away from law enforcement officers on the scene, but was apprehended and cited with misdemeanor domestic assault.

No injuries were reported, and the Rose Creek Fire Department also responded to the accident scene Sunday morning.