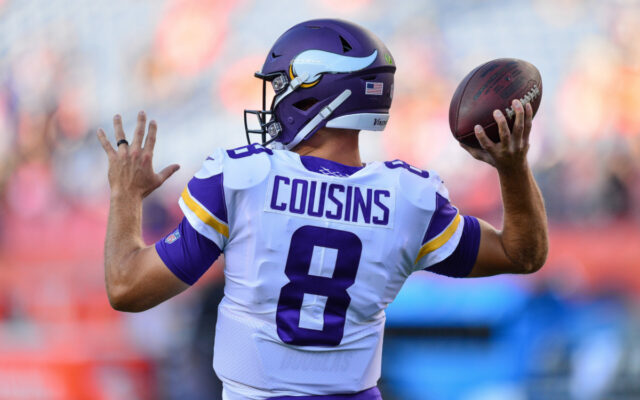 DENVER, CO - AUGUST 11: Quarterback Kirk Cousins #8 of the Minnesota Vikings throws as he warms up before an NFL preseason game against the Denver Broncos at Broncos Stadium at Mile High on August 11, 2018 in Denver, Colorado. (Photo by Dustin Bradford/Getty Images)

Head coach Kevin O’Connell says the objective was to get Cousins with the team doctors to make sure his symptoms remain minimal:

“All things considered I was really happy with the process at which we went about: confirming it up and making sure first and foremost we were taking care of Kirk, and obviously our coaches and players around him,” O’Connell said.

Cousins is expected to return to practice Tuesday.