Three suspects are now in custody after a robbery in Lyle Friday evening, which authorities believe was connected to three other recent robberies in Austin and Adams. 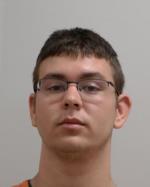 The Austin Police Department and the Mower County Sheriff’s Office were notified at 6:56 p.m. Friday evening that a robbery had just occurred at the Freeborn County Co-Op in Lyle.  It was reported that two men were involved, and a knife was the weapon brandished during the robbery.  While the Mower County Sheriff’s Office responded to the scene of the robbery, Austin Chief of Police Dave McKichan reported that officers began monitoring the entrance points into Austin.  He stated that this was the fourth robbery in Mower County reported since December 6th, with the first two occurring in Austin at Apollo III on December 6th, and at Dollar General on December 8th, plus a third robbery in Adams at Corky’s Shell Station on December 9th.  Chief McKichan stated that all the robberies had occurred at about the same time, and all involved suspects using a knife to commit the crimes.  He went on to state that law enforcement did have a possible suspect vehicle description following the Sheriff Office’s investigation into the robbery in Adams.

McKichan went on to report that the vehicle description from the Adams robbery was known to the officers monitoring the routes back into Austin, and an officer observed a vehicle matching that description arriving in Austin via 4th St. SE in what would have been the time needed to travel from Lyle to Austin following the robbery.  Chief McKichan stated that the vehicle was occupied by two men and was stopped by Austin Police Department officers.  19-year old Toby James Gogolewski of Lyle and 18-year old Nathaniel Gerome Davenport Jr. of Austin were in the vehicle, and in communicating with Mower County Sheriff’s Deputies in Lyle, it was determined that the two men matched the description of the robbery suspects.  Gogolewski and Davenport were taken into custody at the Mower County jail, where they are awaiting charging review by the Mower County Attorney’s Office.

Chief McKichan also reported that a third suspect, 19-year old Patrick Harris Alston of Austin, was arrested in connection with the robbery at the Dollar General store in Austin on December 8th.  He stated that the arrest was based on information gathered by the Austin Police Department and the Mower County Sheriff’s Office while following up on the Lyle robbery.  Alston is currently being held at the Mower County jail awaiting formal charging.

Chief McKichan stated that based on the continuing investigation following the arrest, the Austin Police Department believes that all four robberies are linked.  McKichan added that his department continues to follow up on the robbery cases alongside the Mower County Sheriff’s Office and the Southeast Minnesota Violent Crime Enforcement Team. 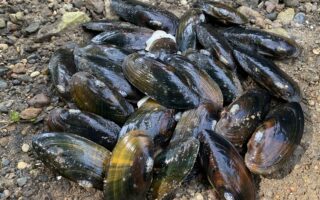