Two suspects who burglarized an Austin residence in August of 2109 have been sentenced to supervised probation, community work service and restitution in Mower County District Court. 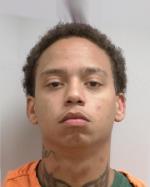 20-year old Quincy James Towers, of Austin, and 21-year old Treshawn Martez Delaney, of Austin, were arrested in August 2019 and accused of entering a residence in the 300 block of 1st Street SE and stealing coins, hardware, electronics, a safe, guitars, and a credit card. Investigators reported that the stolen property was found in a car with Towers and Delaney.

Towers pleaded guilty to a charge of 2nd degree burglary and was sentenced Thursday to five years of supervised probation and 40 hours of community work service.

Delaney also pleaded guilty to a charge of 2nd degree burglary and was sentenced back on October 1 to five years of supervised probation and ordered to pay $17,000 in restitution.