Two Austin men are in custody after a search warrant was executed at a southwest Austin residence early Tuesday afternoon. 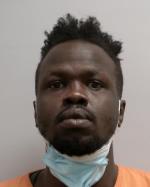 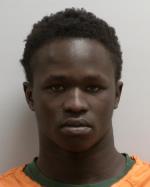 Austin Chief of Police Dave McKichan reported that officers arrested 26-year old Ojulu Omot on a federal drug warrant at 10:34 a.m. Tuesday morning after he left a house in the 1900 block of 6th Avenue Southwest.  53.94 grams of marijuana was found on Omot’s personage during the arrest, and the Austin Police Department and the Southeast Minnesota Violent Crime Enforcement Team subsequently served a search warrant at the same address at 12:30 p.m. Tuesday afternoon.  Chief McKichan stated that 23-year old Opaka Nathanel was located in the residence and was arrested on several local warrants.  Authorities discovered .29 grams of suspected methamphetamine and 65.05 grams of marijuana during the execution of the search warrant.

Both Omot and Nathanel are being held in the Mower County jail, where Omot is facing a felony 1st degree controlled substance crime.  Nathanel is facing charges that include felonies for 2nd degree assault, 5th degree controlled substance sales and fleeing a peace officer in a motor vehicle, along with misdemeanor charges of 4th degree intentional damage to property, fleeing a peace officer by means other than a motor vehicle and driving after revocation.