Austin Police reported that vandals recently targeted the personal vehicle of an on-duty police officer and, in another case, damaged and stole items from more than a dozen cars. 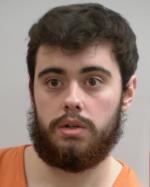 The first incident was reported Monday morning and resulted in 20-year-old Ethan Gregg of Austin being taken into custody.

Gregg was found throwing rocks at a vehicle parked outside the Mower County Law Enforcement Center.  In addition to damaging the personal vehicle of an officer, he caused slight damage to the window of an administrative work vehicle.

Chief of Police Dave McKichan stated that Gregg admitted to his actions and he was taken to the Mower County jail, where he is being held on a felony 1st degree damage to property charge.

The second incident occurred Tuesday morning and resulted in two female juveniles being taken into custody.

Chief McKichan reported that the two were found to have damaged 11 cars at Quality Pork Production and were believed to have damaged or stolen items from five cars at the Mower County impound lot.  The two juvenile females were being held pending charges at last word.