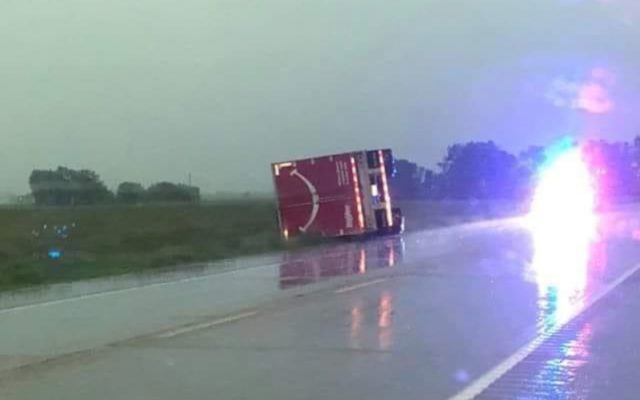 A line of severe thunderstorms that produced winds of up to 70 miles per hour, golf ball sized hail, heavy rain and a radar-indicated tornado in Mower County rumbled through our KAUS listening area Tuesday evening.

Two different severe thunderstorm warnings were issued for Mower County Tuesday evening, one until 8:00 p.m. and another until 8:15 p.m. as thunderstorms with high winds, heavy rain and hail anywhere from marble to golf ball sized rumbled through the county, causing street flooding and taking down tree branches in Austin, and high winds blew a truck over on its side on U.S. Highway 218 north of Austin.  There was also flooding in farm fields in the county, and structural damage was done to a building on a farm site on the Freeborn/Mower Road.  Power outages were also reported Tuesday night, as Freeborn/Mower Cooperative reported nearly 2,500 customers were without power at one time.  A tornado warning was issued for southeastern Mower County until 7:45 p.m. Tuesday evening, including the cities of Adams, Rose Creek, Elkton and Taopi.  The National Weather Service reported that a radar indicated tornado with golf ball sized hail had been spotted in the area, but there were no further reports of funnels or touchdowns.