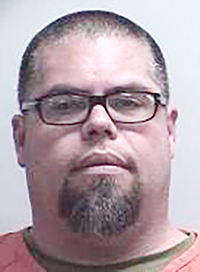 A Rochester man who transported a stolen camper from Wisconsin to a residence in Dexter in October of 2018 has pleaded guilty in Mower County District Court.

46-year old Garrick Robert Sneed is pleading guilty to one felony charge of receiving stolen property. He was charged in October 2018 with that crime, and he was also charged with a felony for bringing stolen goods into the state.

Witnesses in Wisconsin told authorities that the camper had been stolen by someone driving a two-tone Ford F150 pickup truck and witnesses in Minnesota stated that they saw Sneed driving the same kind of pickup when he dropped off the camper.  Sneed was arrested in April of 2019.

Sneed is scheduled to be sentenced in Mower County District Court on July 9.