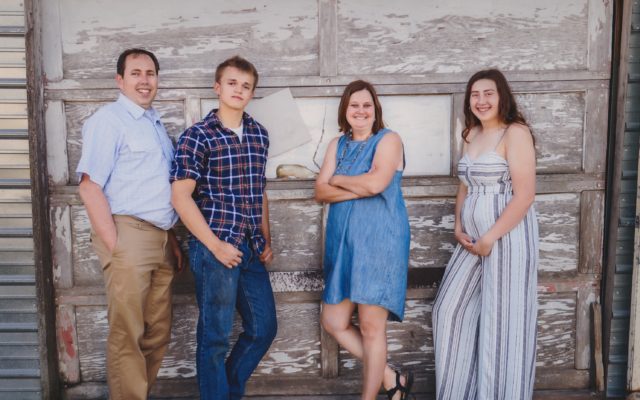 The Richard and Margaret Andree family of Brownsdale has been named Mower County’s 2020 Farm Family of the Year by the University of Minnesota.

Each year, one family per county is chosen by local University of Minnesota Extension committees based on their demonstrated commitment to their communities and to enhancing and supporting agriculture.

The Andree family purchased land in Mower County in 1948, selling half of it in the late 1960s.  Richard’s grandfather raised crops, dairy and beef cattle. Richard’s father, David, purchased the farm in 1965. In 1969, David closed the dairy operation and built a laying house for 10,000 hens. Late in the 1980s, the family raised hogs until the market crashed in the mid ’90s. Richard continued to raise exhibition chickens prior to purchasing the family farm. Richard and Margaret took over the family farm about nine years ago.

Today, the Andree farm, Dobbins Creek Farm, is a hobby farm with beef cattle, goats and chickens. Margaret also raises and sells produce, vegetables, apples, gluten-free baked goods and canned goods at the Garden Spot Market in Brownsdale. The farm is home to approximately 500 chicken, show birds that are shown by the family at poultry shows all over the country. The Andrees specialize in Buff Orpingtons and Bantams breeds. Richard and Margaret also sell breeding stock.

The Andrees have two children, Catrina and Dawson. Catrina shows poultry, goats, and purebred border collies. She helps care for the animals and a variety of farm work. Dawson helps with a variety of chores, participates in Hayfield FFA and sports.

The family has been involved in 4-H for many years. Richard and Margaret have been Mower County Fair poultry superintendents for over 40 years. Through their 4-H connection, they have provided various poultry breeds to 4-H members for them to show at the fair. Richard has bred over two dozen Minnesota State Fair champion Peking ducks. Margaret is past president and founder of the Garden Spot Market. Catrina was a Mower County 4-H Ambassador and president of her 4-H club. She is attending the University of Wisconsin-River Falls for animal science meat animal management. Dawson is in the process of rebuilding a John Deere B tractor that his grandfather started to work on over 20 years ago.