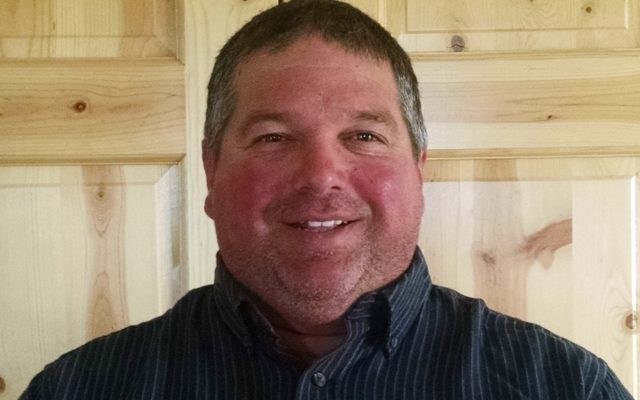 A Mower County farmer and conservation board supervisor now represents southeast Minnesota on a state organization’s board.

Smith said he’s excited to work with other supervisors on the MASWCD board and bring his extensive farming background that includes working with SWCD staff on projects known as “two-stage ditches” that benefit agriculture and the environment. He also prioritizes animal agriculture in his SWCD work.

As MASWCD’s Southeast Area 7 director, Smith represents 11 SWCDs in southeastern Minnesota. Active in his local conservation district, he will continue to serve as a supervisor and chair of the Mower SWCD board.

Smith credits much of his interest in serving on the MASWCD’s state board to one of his former colleagues on the Mower SWCD board, Jim Gebhardt, who did not seek re-election last fall after serving 30 years on the board.

Farming with two brothers in the Little Cedar River watershed in southern Mower County, Smith has farmed full-time for about 32 years on the family farm that goes back five generations and 152 years to 1869. Smith’s grandma kept the family farm going through the Great Depression economic downturn in the 1930s while raising six children.

Under the operation, the Smith family farms 630 acres of cropland for corn and soybeans and raise about 7,200 hogs per year along with 250 cows for dairy production. They also finish out dairy steers for market.

MASWCD is a not-for-profit association that represents Minnesota’s 88 SWCDs and the 440 men and women who serve on their elected governing boards. SWCDs are local government units that started forming in the 1930s when Congress responded to the large amounts of topsoil being lost to wind and water erosion.

In both rural and urban settings, SWCDs work with landowners and other units of government to carry out a program from the conservation, use and development of soil, water and related resources. One vital niche that SWCDs fill involves providing soil-and-water conservation services to owners of private lands. Privately owned lands make up 78 percent of the land surface in Minnesota.