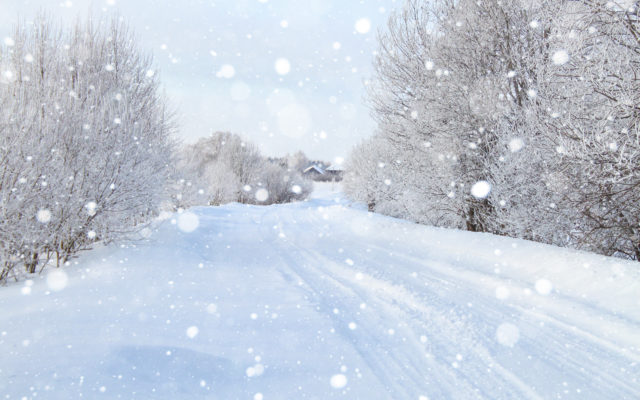 Snowy road through the forest, day. The road is covered with snow, snow. Winter forest, snowy forest. At the end of the road house.

Austin Chief of Police Dave McKichan reported that his department responded to one accident with no injuries Sunday due to the slippery roads, and the Mower County Sheriff’s Office responded to two accidents due to icy road conditions with no injuries on Sunday.  Two people suffered non-life threatening injuries in a two-vehicle accident due to icy road conditions on northbound Interstate 35 south of Albert Lea in Freeborn County Sunday afternoon.

The Minnesota State Patrol reported that a 2008 Honda Accord being driven by 21-year old Alexandra Rae Lapearl of Spring Valley and a 2011 International plow truck being driven by 28-year old Casey Lee Freden of Albert Lea were both northbound on I-35 when they collided.

Lapearl and a passenger in her vehicle, 21-year old Trevor Michael Faris of Hopkins suffered non-life threatening injuries and were transported to Mayo Clinic Health System in Albert Lea.  Freden and two other passengers in Lapearl’s vehicle, 20-year old Madison Claire Storm of Chanhassen and 20-year old Jake Douglas Hackbarth of Chaska were all uninjured.

The State Patrol reported that the road was covered with snow and ice at the time of the accident, and all parties involved were wearing their seatbelts.  The Freeborn County Sheriff’s Office, the Albert Lea Fire Department and Mayo Ambulance all assisted the State Patrol at the accident scene.