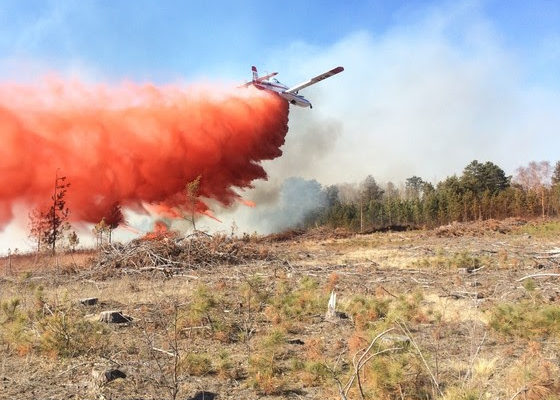 Flying a drone can be a lot of fun—but it can be downright dangerous during a wildfire, according to the Department of Natural Resources.

A drone has invaded the airspace above a Minnesota wildfire in each of the last four years. Such interference with fire operations is dangerous for firefighting aircraft, firefighters on the ground and the public. It is also illegal: Federal law prohibits interfering with firefighting operations, and that includes flying a drone over a wildfire.

With this spring’s wildfire season occurring in the midst of Minnesota’s COVID-19 response, a drone flight near fire is simply additional stress for the statewide emergency management system. Darren Neuman, the DNR’s wildfire aviation manager, likens a drone above a wildfire to a car blocking a fire engine on the highway. “When a drone is spotted, our pilots have to land. When aircraft land, our ability to fight the fire slows. Drones create a reckless ripple effect,” he said.

The reason drones pose such a problem is because they fly at roughly the same altitude as wildfire suppression aircraft. Even a small drone can cause a fire-fighting helicopter to crash if the drone makes contact with the aircraft.

No photo or video is worth the risk. Keep drones grounded near all wildfires.

For more information about drones and wildfires, log onto the National Interagency Fire Center.