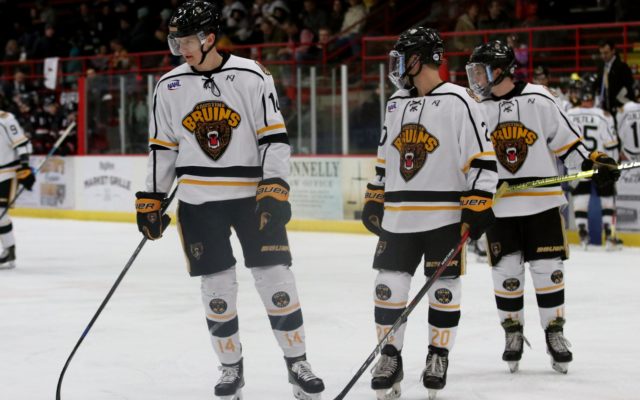 After three goals and seven assists in the month of February, Josef Mysak has been named the NAHL Defenseman of the Month for February.

Mysak, 20, is amidst his most successful season in junior hockey where he’s registered 35 total points. Coming into 2019-20, his highest single-season point total was 2018-19 where he recorded 13 points.

“Josef has improved more and more each year and he has been a leader for us all season long. He had a really good month offensively and we need him to continue to play well down the stretch. Niagara [University, DI] is getting a high-end defenseman and an outstanding person,” said Bruins head coach Steve Howard.

The Litvinov, Czech Republic, native is one of the longest tenured Bruins of all time having played in 150 games for Austin, good enough for seventh all-time. If Mysak plays in all of the Bruins final 11 regular season games, he will move into fifth all-time in games played for the black-and-gold.

This is the third NAHL Player of the Month Award handed down to an Austin Bruin this season, following Ben Almquist and Dante Sheriff who were both named NAHL Forwards of the Month previously this season.

As for Mysak, he gets the chance to continue his hot streak into March when he and his Bruins teammates host the Chippewa Steel this weekend for a pair of games at Riverside Arena. The Bruins are poised for a postseason run, so to catch Austin’s chase for the Robertson Cup, be sure to get your tickets for the games on Friday, March 6 and Saturday, March 7 at any of the Bruins vendors including Games People Play, Hy-Vee, Holiday Inn, and Jim’s Marketplace Foods.