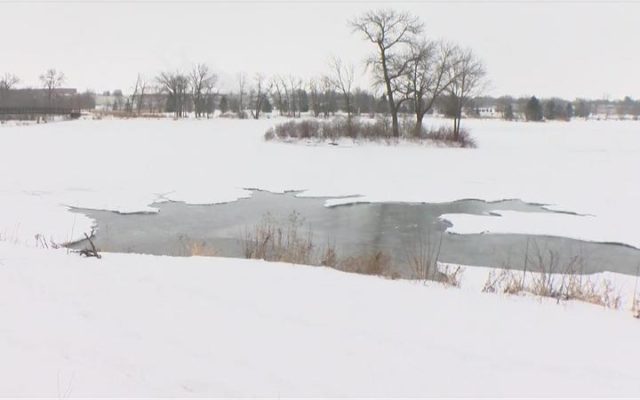 A number of different groups including the City of Austin and the Minnesota Pollution Control Agency are investigating an incident that took place earlier this week concerning the draining of the YMCA of Austin’s swimming pool into Mill Pond in preparation for their move to the new Austin Community Recreation Center.

On Wednesday, anglers on Mill Pond alerted the Mower Soil and Water Conservation District concerning a patch of open ice on the pond’s west side and the strong smell of chlorine after holes were drilled into the ice.

It was determined that open ice was connected to the YMCA draining its swimming pool as operations were being moved to the new YMCA  at the Austin Community Recreation Center. The Cedar River Watershed District alerted the public through a Facebook post out of concern for angler safety on the thinning ice.

Both the MPCA and the Minnesota Department of Natural Resources were alerted to the situation and were investigating.  According to the initial State Duty Officer report, 122,600 gallons of chlorinated water was emptied from the pool that impacted the Cedar River through Mill Pond.

A news release from the Austin YMCA stated that on Wednesday, January 29th, the YMCA at the Austin Community Recreation Center was contacted by Mower Soil and Water Conservation District alerting them to reports of a chlorine aroma emanating from Mill Pond.  They went on to state that they are fully cooperating with the Mower SWCD and the Minnesota Pollution Control Agency as they investigate the matter. The Y went on to report that they are gathering the facts and as they collect more information, they will share it with the community.

The MPCA report indicated that the pool draining started Monday morning and finished at noon on Tuesday. The YMCA reported to the MPCA that the draining is done annually during the summer, but this time they were draining the pool for the move.