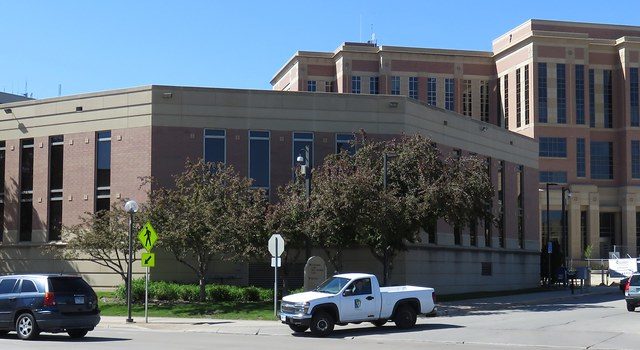 A Grand Meadow man serving a prison sentence for a drug crime in Mower County is pleading not guilty to a kidnapping charge in Olmsted County District Court.

36-year old Ryan Daniel Seavey is charged with three counts of kidnapping, domestic assault, stalking, and pattern of stalking conduct. All the charges are felonies.

The Rochester Police Department reported that Seavey took a woman and two children prisoner in their home on June 3, 2019. The woman, who court documents state had been in a relationship with Seavey for eight years indicated that he made her and her two children sit on the couch and would not let them leave. Seavey allegedly told the woman several times he would kill her if she contacted anyone.

Police stated that Seavey eventually drove his victims to a residence in Grand Meadow where they were released.

No trial date has been set for Seavey because of the COVID-19 pandemic impact on the Minnesota court system.

Seavey is currently serving a seven year and eight month prison sentence after pleading guilty to charges of 2nd degree drug possession and DWI in Mower County District Court in September 2015. Seavey was initially given probation but court documents state he repeatedly violated that probation until it was revoked in September 2019.