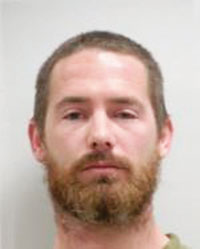 An Elkton man accused of burglary and who was later chased off by the victim with a shotgun in August of 2019 has been sentenced in Mower County District Court.

33-year old James Gregory Mix was arrested on August 15, 2019, and charged with 1st degree burglary, obstructing the legal process, and theft. He was accused of burglarizing a home in the 200 block of North Adams Street in Elkton but law enforcement reported that the resident retrieved a shotgun and scared Mix away. Court documents reported that video was taken of the confrontation.

Deputies went to Mix’s home to arrest him and stated that they were forced to taser him three times and hit him with chemical spray once to get him under control. Investigators say a “softball hitting stick” taken from the victim’s garage was found in Mix’ driveway.

The Mower County Attorney’s Office agreed on Friday to continue Mix’ case for dismissal and he agreed to serve two years of supervised probation for each charge. Mix has not entered a guilty plea and if he successfully completes his probation, the charges will be dismissed.