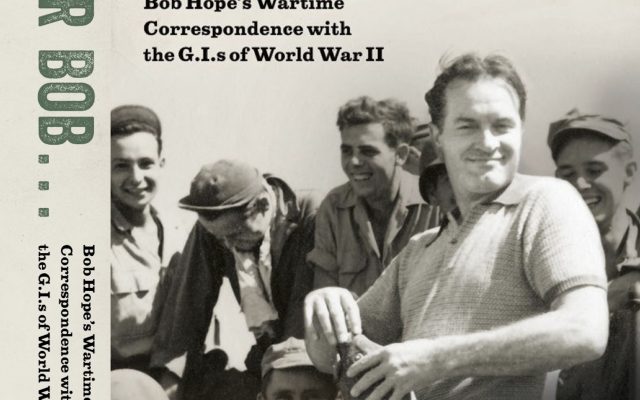 Over 75 years ago, service members of the Greastest Generation went to war. The USO enlisted member of the entertainment community to go with and help boost the moral of the troops.

Through these USO shows Bob Hope developed a unique and personal relationship with the troops. Thousands of letter were exchanged between the soldiers and Bob Hope. Many of letters are now being shared with the publication of “Dear Bob: Bob Hope’s Wartime Corresponence with the G.I.’s of World War II”.

Martha Bolton, a staff writer for Mr. Hope for 15 years, along with Linda Hope, has compiled many of the letters sent to Bob and his respones in the new book.

Martha Bolton joined John Wright to talk about Bob Hope, the new book, and the special bond between Bob and the troops.