CRWD to build its largest project yet 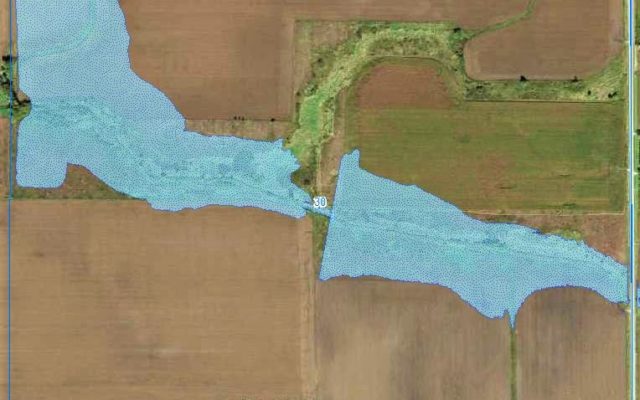 When flood-inducing rains hit the Austin area, a future two-berm system in South Dobbins Creek’s headwaters will capture stormwater that covers an area up to three times larger than East Side Lake.

Overall, these projects – one started Thursday and the other completed in 2019 – will work with nine other upland-storage berms built by Cedar River Watershed District in Dobbins’ headwaters to improve water quality and reduce flooding. 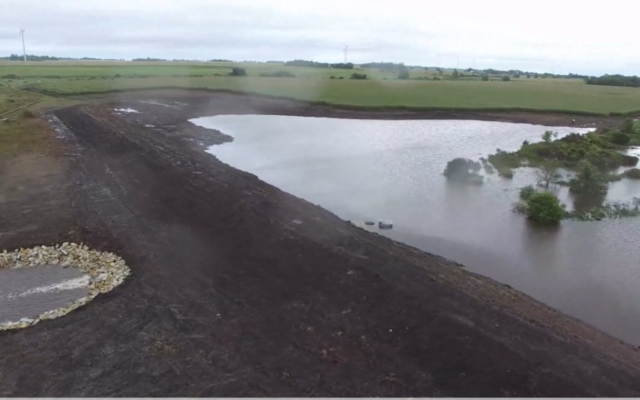 With this system, rain events like the storms that caused Austin’s worst-known floods in 2000, 2004, 2008 and 2010 will have a 10 percent lower peak flow – floodwaters won’t crest as high – where Dobbins Creek flows into the Cedar River in Austin. CRWD also will have more than achieved its goal of an 8 percent peak-flow reduction at that point as set for its nearly $9 million Capital Improvement Plan (CIP) launched in 2016.

Cody Fox, CRWD Project Manager overseeing the CIP program stated that the CRWD originally planned for 25 projects with the CIP initiative but, as opportunities have arisen for larger, more-productive projects, the overall value delivered by fewer projects has far exceeded the original plan.

With final approval given Wednesday by the CRWD Board of Managers, construction started Thursday on the nearly $1.2 million Dexter 30-Dam 2 – the largest project to date by CRWD, with the berm having a peak height of 21 feet. The project has easements with two landowners and the cooperation of a third landowner.

CIP projects are funded by a $3.2 million grant awarded by The Hormel Foundation and nearly another $4 million thus far in funding from state grants and state bonding. Up to $1 million from a CRWD local project levy is available, if needed.

Dexter 30-Dam 2 will be the lone CIP project built this year by CRWD, which has completed 13 projects to date. Ten are in the uplands of Dobbins’ north and south branches; three are along the Cedar River, south of Austin.

CRWD’s new berm will be built just east of Mower County Road 19, a few miles northeast of Interstate 90’s juncture with Minnesota Highway 56. Combined, the Dexter 30 berms should eliminate the threat of stormwater or snowmelt flowing over the downstream section of County 19, which has a history of overtopping often, Fox said.

Another roadway – the 230th Street gravel road in Red Rock Township that cross South Dobbins – also should see less overtopping after the newest berm is in place, Fox added.

When the area gets about 8 inches of rain over 24 hours – roughly what’s considered a “100-year flood” – the Dexter 30 berms will temporarily hold stormwater that covers nearly 100 acres or about 2.5 times the acreage of East Side Lake, a dammed stretch of Dobbins Creek in Austin At capacity, the two berms would cover about 120 acres and hold enough stormwater to fill a 550-foot-deep pool the size of a football field.

CRWD heavily targets the Dobbins watershed due to its history of flash flooding that causes water-quality issues and flood damage to rural and urban infrastructure and properties. Upland water storage is a CIP focus because it decreases the amount and speed of stormwater flow, reducing the potential for significant streambank erosion.

Through the CIP projects’ treatment process, much of the sediment, excess nutrients and other pollutants in stormwater can settle to the bottom of the basin created behind the berms rather than continue into Dobbins Creek and the Cedar River. Sediment is loose particles of sand, clay, silt and other substances mostly from eroding soils on land or streambanks that makes streams cloudy, which is harmful to fish and plant life while also filling in lakes and streams.

To date, the biggest CIP project completed is the upstream Dobbins 1 berm in the uplands of North Dobbins Creek. That project – completed in fall 2018 – already has been tested six times since with rainstorms and snowmelt.