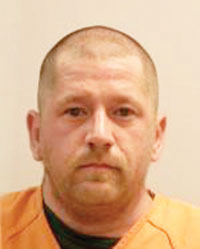 An Brownsdale man who passed four fictitious checks at Kwik Trip in Austin, and at other local businesses in December of 2018 has been sentenced to prison time on check forgery and drug charges in Mower County District Court.

37-year old Brendan Charles Johnson was sentenced to 15 months in prison for a felony charge of check forgery, offer or possess with intent to defraud.  Johnson was also sentenced to 17 months in prison on a felony 5th degree drug possession charge as a half a gram of methamphetamine was discovered during a search of his residence in the 1500 block of 4th Avenue Northwest for the materials Johnson used to produce the fictitious checks.

Judge Christa Dailey determined that Johnson can serve his sentences concurrently, and a felony charge of possession of burglary or theft tools in the case was dismissed with Johnson’s guilty pleas in the case in August of 2019.