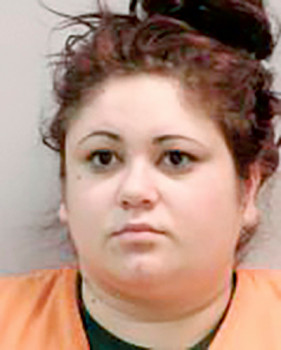 An Austin woman who was arrested after law enforcement officers executed a narcotics search warrant at her residence on the 800 block of 9th Street Southeast on the morning of January 10th, 2019 has pleaded guilty to a felony drug possession charge in Mower County District Court.

Sanchez was located in an upstairs bedroom during the execution of the warrant and detained.  Authorities located approximately 40.96 grams of methamphetamine, including 25.88 grams packaged for sale in 3.58-gram bags, $395 in cash and various items of drug paraphernalia in the residence during the search. They also found two small baggies containing 2.91 grams of methamphetamine in Rodriguez-Sanchez’s pocket.

Sanchez is scheduled to be sentenced in Mower County District Court on June 18th.