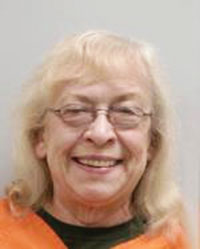 An Austin woman accused of threatening to kill someone with a knife in July of 2019 is pleading guilty in Mower County District Court.

62-year old Gloria Lynn Gilbert was arrested on July 5, 2019, after a woman told authorities that Gilbert approached her in an apartment building hallway, holding a knife above her head and repeatedly saying she was going to kill her.

Austin Police reported that they found a knife in Gilbert’s apartment but she told officers she might have “blacked out” and did not remember leaving her apartment. Police stated that Gilbert was intoxicated and difficult to understand when he was arrested.

She entered a guilty plea Monday to a charge of harassment with intent to injure. Gilbert’s sentencing in Mower County District Court is scheduled for April 2.