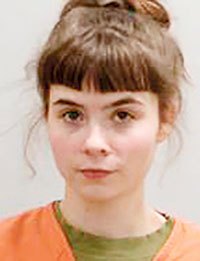 An Austin woman authorities believe aided a suspect linked to a Sunday morning burglary and assault case made her first appearance on Thursday in Mower County District Court.

20-year old Jaiden Pamela Schumacher has been charged with a felony for aiding an offender, attempted murder and first-degree burglary.  Court documents state that Schumacher is believed to have aided 21-year old Cham Nygare Gilo, who is facing six different felony charges, including attempted murder and burglary in Mower County District Court after allegedly breaking into a northeast Austin residence early Sunday morning and injuring the occupant with a firearm by striking him in the head.

Schumacher’s next appearance in Mower County District Court is scheduled for March 5th.