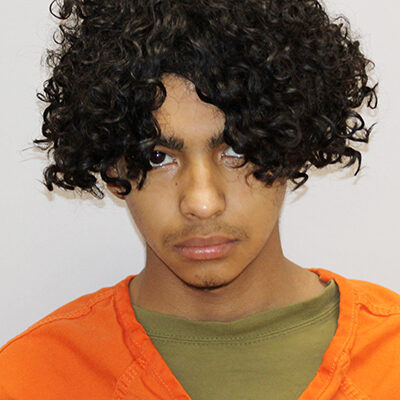 An Austin teen accused of being involved in the death of an Austin man at his residence on Wednesday, October 13th has been charged with three felonies in Mower County District Court.

Austin Police officers were called to a residence on the 800 block of 12th Avenue SE to investigate a death scene.  Chief of Police Dave McKichan stated in a news release that 75-year old William Hall, of Austin had been found deceased in his residence by those who deliver meals to him.

While officers were on the scene, McKichan stated that a concerned neighbor advised them that security cameras had captured several young males in the vicinity of Hall’s residence the day prior, Tuesday, October 12th.  The cameras also captured audio that indicated an encounter had taken place between Hall and the males.  The neighbor also reported finding a brandy bottle on his property and a holster for a firearm.  Chief McKichan stated that the brandy bottle was of the type that Hall had in his residence and later in the week, Hall’s family members reported that they were unable to locate some of Hall’s property that he was known to own, including a firearm.

Investigators were able to begin making some identification of the subjects involved based on images captured by the neighbor’s security cameras, and through various interviews, Chief McKichan indicated that authorities believe Hall was surprised by the party of young men who had come to the residence with the intent to steal from Hall.  During the encounter, investigators believe that Hall was pushed down, and when he attempted to get up, he was struck in the face.  Authorities believe the assault left Hall seriously injured in the area where he would be found deceased the following day.  After Hall was assaulted, investigators believe that several items were taken from the residence, and all of the suspects ran off afterwards.

Conditional bail has been set at $250,000, and unconditional bail at $500,000 for Silva, who was taken into custody by Austin Police along with two juveniles.  Silva’s next appearance in Mower County District Court has been scheduled for November 8th.