Austin Police are searching for a suspect or suspects who were involved in an incident early Saturday morning where shots were fired at a northwest Austin residence.

Chief of Police Dave McKichan reported that officers responded to a call concerning shots fired at 2:26 a.m. Saturday morning from a residence in the 500 block of 5th St. NW.  Authorities determined that a house on the block had been struck four times by bullets in the front door and porch area, and the occupant of the home, a 57-year old female was uninjured.

Chief McKichan stated that the case remains under investigation, and anyone with any information is urged to contact the Austin Police Department at 437-9400.  A surveillance system did capture the event. The attached photo is that of the suspect vehicle. Due to the low light conditions the system was operating without using the color spectrum and this is the best photo the Austin Police Department could obtain from it. 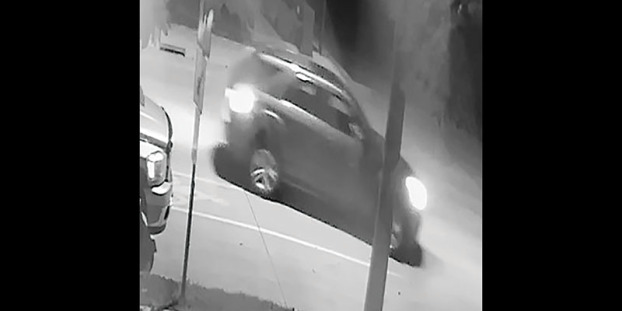