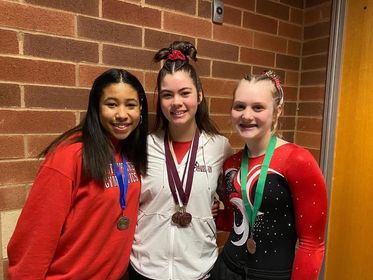 The Austin Packers gymnastics team competed at the Section 1A meet in Winona Saturday, and not only did the Packers register a season-high team score of 134.925, they will also be sending three members of the squad to the State Class A Individual Gymastics Meet Saturday, February 19th at Roy Wilkins Auditorum in St. Paul.

Byron will represent Section 1 in the team portion of the Class A gymnastics meet, as the Bears were first with a team total of 139.625, while the host Winhawks were second with a total of 137.625.