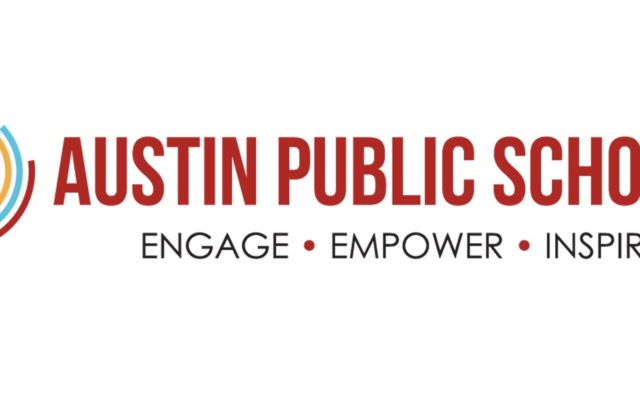 The Austin Packers girls’ hockey team played host to Mankato West for their home opener at Riverside Arena Thursday evening, and although the Scarlets outshot the Packers 42-30 for the game and dominated in face-offs on both ends of the ice, the Packers jumped out to a 3-0 lead at the end of one period of play, and senior goaltender Shelby Davidson made the lead stand up with 40 saves as the Packers down the Scarlets 7-2.

Lexi Stich opened the scoring  with her first goal of the season at 2:46 of the first period with an assist to Megan Schultz to put Austin in front 1-0, and junior forward Kate Holtz, who led the Packers in points last season with 49 scored the next two goals for Austin, unassisted at 9:51 and during a 4 on 4 situation at 15:39 with an assist to Isikiyah Hemann to put the Packers in front 3-0 at the end of the first period.

Hemann tallied the first power play goal for Austin at 3:10 of the second period with assists from Kate Holtz and Lexi Stich to make it a 4-0 game, but Mankato West refused to fold and had the better of the play for the remainder of the period, and a goal by Lexi Reddy of the Scarlets at 12:04 cut the Austin lead to 4-1 at the end of two.

Mankato West continued to have the better of the play at the start of the third period until Megan Schultz scored her first goal of the season on a breakaway with assists to Holtz and Sara Wangen at 7:05 to restore the four-goal lead at 5-1.  Abby Grabianowski redirected a shot from the left wing boards from Tealy Krosch past Davidson to cut the Packer lead to 5-2, but soon afterward, Stitch sent a shot from deep in Austin’s end down the ice and into the empty net at 15:56 to make it 6-2, and ten second later, Mikiah Rumsey scored her second goal of the season with an assist to Holtz, her fifth point of the night to make the final 7-2.

Each team was penalized three times for six minutes in the contest, and while Davidson turned away 40 Mankato West shots for the win in the nets, Scarlets goaltender Sara Olson made 23 saves in facing 30 shots to take the loss.

Austin is now 2-0 on the young season, and the Packers return to the ice Saturday night in Red Wing against the Wingers, with face-off scheduled for 7:15 p.m.