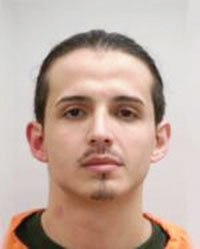 An Austin man who escaped from a sentence to serve work crew on July 3rd, 2019 while a prisoner at the Mower County jail has been sentenced to a total of eight years of supervised probation in Mower County District Court.

Judge Kevin Siefken determined that the sentences will run consecutively. Cox originally pleaded not guilty to all three charges, but changed his pleas to guilty as part of the plea agreement.