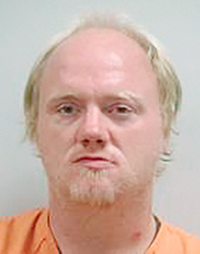 An Austin man facing a felony charge for violating a domestic abuse no-contact order in Mower County District Court stemming from an incident that took place on November 12th, 2018 has been sentenced to supervised probation and jail time.

35-year-old Darren Dwayne Sandberg-Karnes was recently sentenced to five years of supervised probation, 33 days in jail and 40 hours in the sentence to service program for a felony charge of violating a domestic abuse no-contact order within 10 years of the first of two or more convictions.  A prison sentence of a year and a day was stayed for five years if Karnes complies with the terms of his probation, and he was given credit for 33 days already served.

Karnes first pleaded guilty to the charge in November of 2018, and he was convicted in May of 2019.