An Austin man who pleaded guilty to stealing two vehicles in August of 2019 has been sentenced to supervised probation in Mower County District Court. 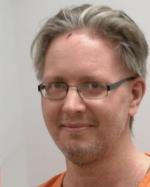 39-year old Jeremy Ashley Winkel pleaded guilty to one felony count of theft of a motor vehicle and was sentenced Thursday to five years of supervised probation, ordered to pay $4,479  in restitution, and he must also perform 50 hours of community work service.

Authorities reported that Winkel stole a 14-person passenger van belonging to the Osman Shriners that was parked in front of a business in the 600 block of 11th Street Northeast in Austin on August 14th, 2019, and a roofing truck from near Austin High School on August 15th.

Winkel was previously sentenced to two years of supervised probation and ordered to pay just over $2,000 in restitution for a July 2019 incident where he got into a fight with another man. He pleaded guilty to a 5th degree assault charge in that case.