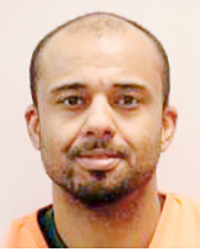 An Austin man who assaulted a woman at a residence in the 18000 block of 540th Avenue in Austin Township on the afternoon of September 7th, 2017 has been sentenced to supervised probation in Mower County District Court.

38-year old Dominic David Ozuna has been sentenced to two years of supervised probation and a year in jail for a gross misdemeanor charge of domestic assault, subsequent violation.  Ozuna was given credit for 196 days already served, and Judge Chrisa Daily stayed the other 169 days of Ozuna’s jail term for two years.   Ozuna was also sentenced to two years and six months of supervised probation and 152 days in jail for a felony count of failure to appear on a felony charge.  A 15-month prison sentence was stayed for two years and six months if Ozuna complies with the terms of his probation, and he was given credit for 152 days already served in jail.

Ozuna pleaded guilty to the charges in June of 2018, and he was convicted in March of 2019.