An Austin man who sold a total of 20.97 grams of methamphetamine to a CRI, or confidential reliable informant on three different occasions in December of 2019 and January of 2020 has been sentenced to supervised probation in Mower County District Court. 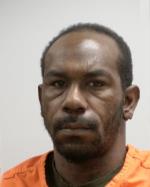 Alexander was initially charged with a felony for 1st degree drugs, sale of 17 grams or more of methamphetamine within a 90-day period, but took a plea deal in June for the lesser charge.  Alexander was also one of six suspects present on February 20th when law enforcement executed search warrants on two apartment units in the 1000 block of 2nd Avenue Southwest, near Galloway Park.  Authorities discovered methamphetamine, a small amount of marijuana, two computer tablets, several drug paraphernalia items and a pipe containing .10 grams of methamphetamine during their search.