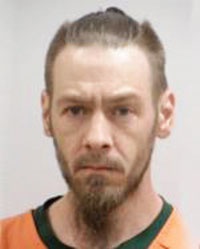 An Austin man who pleaded guilty in January to sexually abusing an 8-year old girl in April of 2019 has been sentenced to a lengthy term of supervised probation in Mower County District Court.

In addition to probation, Corporon must also spend 90 days on electronic home monitoring, follow 35 conditions while on probation, including no contact with the victim or unsupervised contact with anyone under 18 or vulnerable adults, and pay just over $11,000 in fines and fees. Failure to follow the conditions could result in a 36-month prison term.