An Austin man who was taken into custody after a search warrant executed at his residence in the 800 block of 8th Avenue Southeast on December 18th, 2017 turned up a total of 11.8 grams of methamphetamine, two firearms, .223 caliber ammunition, a small amount of marijuana, marijuana wax and drug paraphernalia has been sentenced to supervised probation in Mower County District Court. 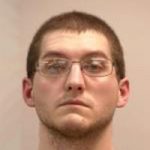 A felony charge for being a violent felon in possession of a firearm and an additional felony 5th degree drug possession charge in the case were both dismissed with Baldus’s guilty pleas.