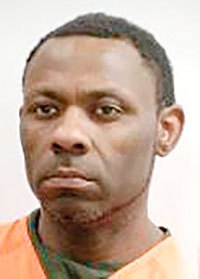 43-year old Archie Deangelo Larkins was sentenced to 26 months in prison for a felony charge of escape from custody. He received credit for 55 days already served.  Court documents state that Larkins, who was on probation for two counts of felony third-degree drug sales and in custody at the Mower County jail until a bed at a treatment facility became available, was granted furlough from the jail on December 19th.  The report went on to state that Larkins was to be temporarily released from jail at noon on December 24th and report back to jail on December 26th. He was informed by authorities that failure to do so would result in a charge of escape from custody.

According to court documents, Larkins did not report back to jail at the stated time, and he was later arrested and brought to the Mower County jail in the early hours of December 31st.

For violating the terms of his probation on his two felony drug sale convictions, Larkins was subsequently sentenced to prison terms of 51 and 57 months.  He received credit for 176 days already served. Judge Kevin Siefken determined that all three sentences will run concurrently.